BACK TO PROJECTS HOME 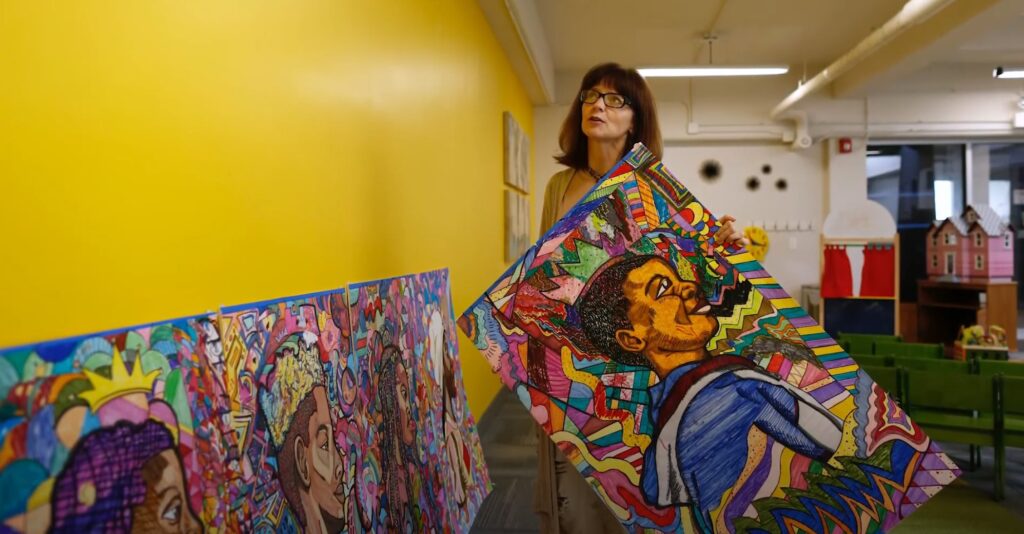 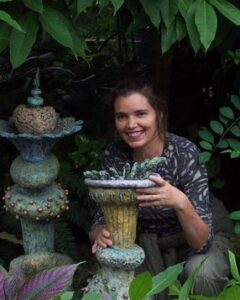 About The Artist – Sharon Bladholm

Sharon’s work has been profoundly influenced by her participation as artist, on scientific expeditions to remote and biologically diverse ecosystems of the Peruvian and Brazilian Amazon on expeditions with the Field Museum, Conservation International and Andes to Amazon Biodiversity Program. She has long explored the interfaces of art, science, conservation and nature in numerous series of artworks in diverse mediums including glass, bronze and ceramic, as well as works on paper.

Concurrently she has run Opal Glass Studios since 1983 and continues to complete many important commissions and show her art work in numerous galleries and museums. Sharon has created many temporary installations at Conservatories and the Museum of Contemporary Art in Bordeaux, France, as well as Suite Home Chicago, Amazon Rising for Shedd Aquarium, and a Cool Globe sponsored by the Chicago Botanical Garden that is still traveling the world.

She has completed sculptural works in glass and bronze for the Peggy Notebaert Nature Museum. 2011 saw her permanent public art piece “Soil:Alive With Life”, based on soil microorganisms, installed at Openlands new 73 acre Lakeshore Preserve. This piece is featured in “City Creatures”, a book recently published by University of Chicago Press.

“Soils, Seeds and Sprouts : Tropical and Temperate” was a compelling , insightful solo exhibit that launched at the Peggy Notebaert Nature Museum in 2017 interpreting and communicating natural history and science through the vehicle of art, contrasting local nature with Amazonian. One large scale installation, Earth Stars: Above and Below features numerous Earth Stars, a type of fungus that can open and close and is found all over the world. The second, a multitude of enlarged seeds for Seed Rain: Seed Bank that looks at the amazing diversity of seeds, dispersal methods and the importance of natural seed banks.

Sharon often teaches workshops, present lectures and is involved with residencies at schools. In 2016 she was the first Artist in Residence in the Amazon with Project Amazonas, spending several weeks at their forest reserve near Iquitos, Peru.